The first Veluweloop was organized in 1980 and attracted 78 teams. The approach was that, as a counterpart to the Batavierenrace, there should also be a relay race for everyone interested, not just for students. Scenarios were not yet mentioned in those early years, much was purely about creativity and insight from the committee. Over the course of 15 years, the route has only changed for some parts: an early morning start in Arnhem and then 16 stages via the Posbank to Lunteren to end after more than 100 kilometers in Wageningen. The number of teams grew to over 250, numbers that we can only dream of right now! The separate cycling classification only started in 1991, although there were already teams that before that time had mapped out their own cycling route and changed the schedule. Many participants eventually broke up the ribbon-shaped course. In addition, the organization encountered logistical problems. That is why in 1996 the route was completely overhauled. The start moved to Wageningen and the course was looped in the shape of an 8 with a large collection point in Arnhem. In this way, the participants did not have to go off every switch point. 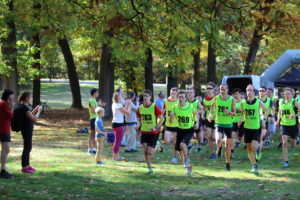 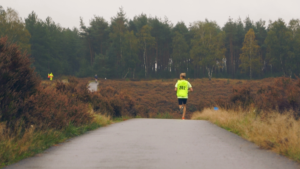 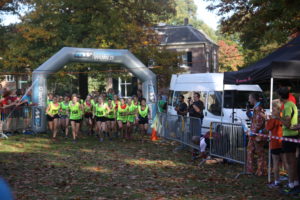